This website uses cookies to ensure proper functionality of the shopping cart and checkout progress. By continuing to browse the site you are agreeing to the use of cookies. Learn more | Close this message

Free UK Shipping on all orders!
Full support for all customers!
5 Year Warranty on all products! 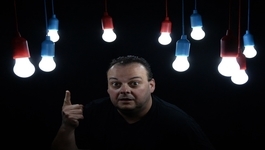 The middle of the year is when we tend to get a little bit contemplative. We stop and think about the future. What will it look like? Will LEDs have a bright future?

If you will pardon the pun, this is going to be our topic of discussion for today. We thought that we could use the time to debate LEDs, and discuss their place in the future. After all, it’s easy to forget that even though LEDs are currently enjoying massive success, they have to try and adapt to a future which no one knows about yet. We thought that it would be best if we sat down and talked about the trends that we wanted to see.

First and foremost, we are going to address the obvious hope for the future. We want LEDs to keep getting bigger and better in terms of what they provide. We know that with the departure of filament bulbs from the mainstream market, LEDs have risen to the top, and it is a place that they deserve wholeheartedly.

So now that the top position has been secured, the logical progression for this incredible resource is to develop it, and make LEDs even more reliable, even more powerful, and even more varied in terms of the shades of light they can produce.

Something else that we would also like to see is LEDs becoming even more cost-efficient. At the moment, there is a spectrum of prices and lifespans within the LED industry. This means that any business, regardless of size, can use LEDs in their buildings and enjoy a consistent standard of light.

So what we suppose that we would really like to see is an increase in the cost efficiency of LEDs. We want to see them be peoples first and only choice. If they reach a point where they are so heavily coveted, then we know that we’ve done something right as an industry. We want them to really give people a value for money.

We suppose that, in addition to giving people a better standard of LED, we really want the quality to remain the same. It sometimes becomes a problem when designers and manufacturers choose to cut quality to meet a deadline or to produce the next generation of LEDs. The absolute worst thing that we can think of for the industry is to have the overall standard of the bulbs lowered, because that sort of undermines a lot of what LEDs are known for. In essence, we just want consistent quality.

In conclusion, there’s a lot that we want LED’s to do. Mostly, we want them to progress as an industry and reach even greater heights. But at the same time, to keep their excellent quality. If they don’t do that, what’s the point? We know that LED’s can be great. But we have to make sure that the manufacturers and innovators in our industry are held to the mark.